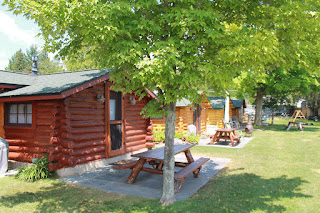 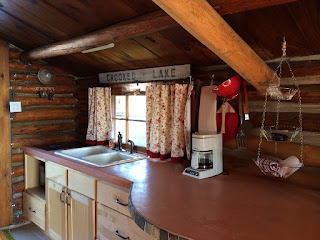 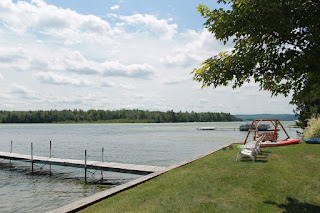 Posted by Billy Andrew at 3:50 PM No comments:

Did you know Delta Airlines did this? | Mark on 98.7 The River

Did You Know Delta Airlines Did This?

I complain about the airlines and how all too often they demonstrate a complete lack of respect for their customers.  That said, this video reminds me someone at Delta is paying attention to what is important.  (forgive YouTube's ad at the beginning)

Delta Baggage Handlers. Recorded at the airport here in Atlanta. As you watch the video, notice the number of people watching from inside the terminal. Most people have no idea Delta does this. This soldier was a K9 soldier with a dog trained to find IED's. Yes, the second small coffin is the soldiers partner. This is a soldier and his dog who died for us. And Hats off to Delta.

Posted by Billy Andrew at 11:00 AM No comments:

While attending graduate school at Louisiana State University, I stopped in Breaux Bridge, LA, at a small shop owned by (my then girlfriend and now wife) Jennifer's Aunt Peggy. The cute Cajun gift shop was just off the exit next to Landry's Restaurant. Inside the shop near the windows was an artist's space, easel and all. I was taken by the subject of the artist's current effort, an adorable little blue dog with bright yellow eyes, living the Louisiana life. That artist was now famed Cajun artist George Rodrigue.

George Rodrigue was the artist who gave life to this unique character, a Blue Dog was derived from George's departed dog Tiffany. How could I not love a Blue Dog with Maize (ok yellow) eyes!! It has been an enjoyable relationship as Blue Dog has always seemed to mark a timeline from that day in my life and to my time in Louisiana. From Hurricane Katrina to Mardi Gras to the 9/11, Blue Dog has shared the experiences. As you might imagine, "House for Sale" often seen in my avatar is certainly one of my favorites. Blue Dog adorns most every room in our home in books, cards, prints, and renderings.

What I enjoy most, however, is that Blue Dog works have a deeper meaning expressed in a very 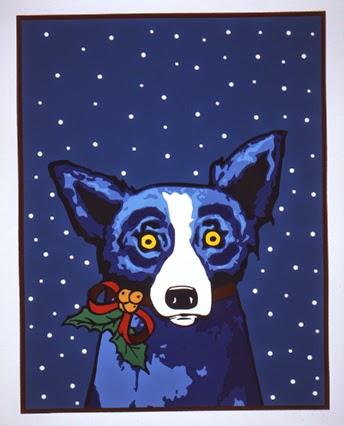 understated delivery. George shared his life by allowing Tiffany to express his thoughts and feelings. What Blue Dog represents was, for me, perfectly written upon Rodrigue's death:

"The yellow eyes are really the soul of the dog. He has this piercing stare. People say the dog keeps talking to them with the eyes, always saying something different. People who have seen a Blue Dog painting always remember it. They are really about life, about mankind searching for answers. The dog never changes position. He just stares at you. And you’re looking at him, looking for some answers, ‘Why are we here?,’ and he’s just looking back at you, wondering the same. The dog doesn’t know. You can see this longing in his eyes, this longing for love, answers." William Yardley-George Rodrigue, Painter of Blue Dog, Dies at 69, The New York Times, December 27, 2013.

I suppose I love Blue Dog because George Rodrigue shared his life with us yet never made himself the center of attention. I don't like my picture on my business cards or in my advertising although every real estate article tells me I should. I just don't believe it is about me...it is about my clients. So I will allow my respect for George and love for Blue Dog help me share his vision. And have a little fun doing it.


This BlueDog is titled, "House For Sale".  How appropriate. 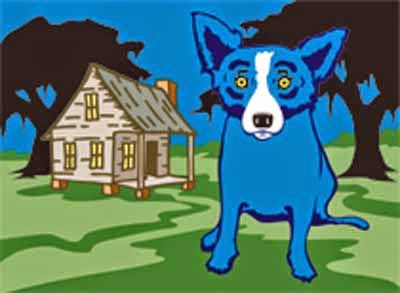 Posted by Billy Andrew at 10:13 AM No comments:

Mr. Bultman should be applauded for writing an excellent article about
what matters most.
Bravo to the Michigan Softball team and Max.
It is why I love being a Wolverine.
billy

(Infographic) Where to Look for Hidden Gems in Real Estate

Sent from my iPhone.
My apology for typos.
Posted by Billy Andrew at 11:10 AM No comments:

Shared from Trending on Flipboard. Download Flipboard for free here. 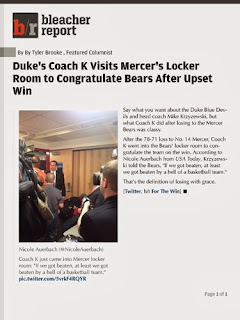 Billy
Sent from my iPad
Posted by Billy Andrew at 8:28 AM No comments:

This is a cool infographic regarding the home buying process.


In today's increasingly competitive real estate market, understanding the appraisal process cannot be overstated. Appraisals are required for all real estate transactions with loans involving $250,000 or more from federally-insured financial institutions, which impacts millions of Americans. Although appraisals are one of the most important parts of the home buying process, they are often one of the most misunderstood.
Contrary to some beliefs, appraisers neither set the value of a home nor confirm a home's sale price. Their role is to produce a credible opinion of value based on thorough and unbiased research and analyses that reflect the market value of a property, which is not always the sale price. In many cases, an appraisal may help prevent a buyer from overpaying for a home. That's why it's so important to understand how an appraisal works and what they're intended to do.
We at The Appraisal Foundation hear a lot of myths about the appraisal process -- from people who are new to the home-buying process and from those who work in real estate professionally -- but the most common myths out there relate to the way appraisals are ordered, the role appraisers play in the home-buying process, and the ways in which properties are analyzed and reviewed.
For most people, purchasing a home is the most important financial decision they will ever make. Having a firm grasp of the process is critical to remaining informed and making sound financial decisions. 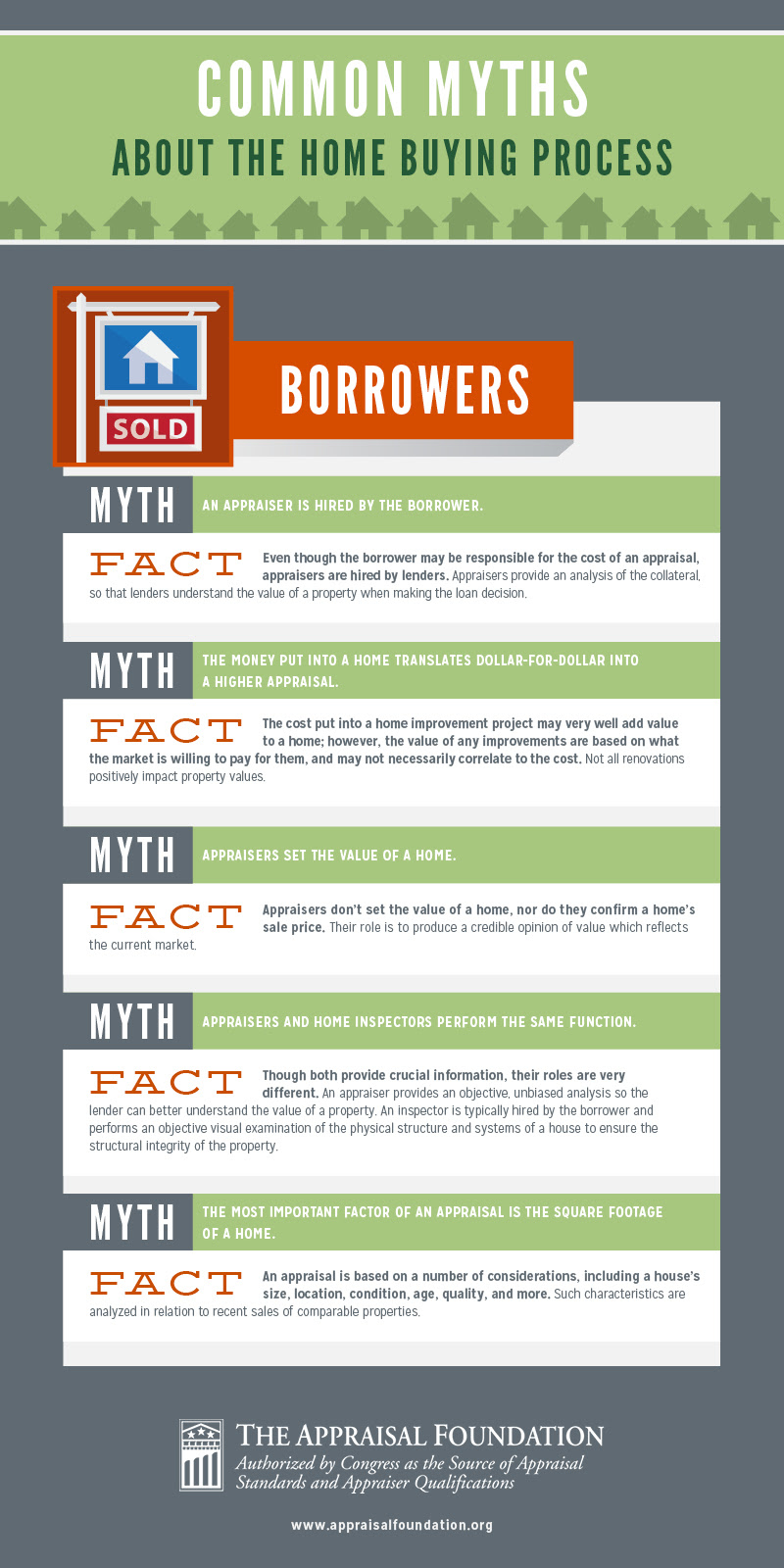 Posted by Billy Andrew at 12:20 PM No comments:

Posted by Billy Andrew at 10:40 AM No comments:

An icon is no more

The arch bridge over the Indian River is now landfill, torn apart then dropped into a barge floating below.
The dismantling began November 28th with the scheduled reopening sometime in April. Let's all hope the progress goes as planned so boating season is not compromised. And my commute returns to 2 minutes. 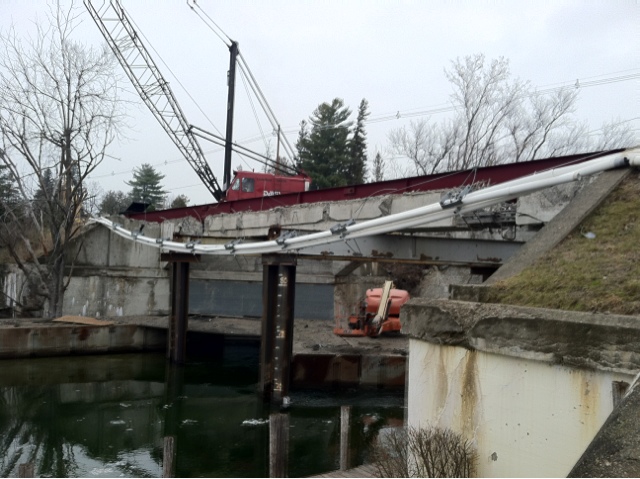 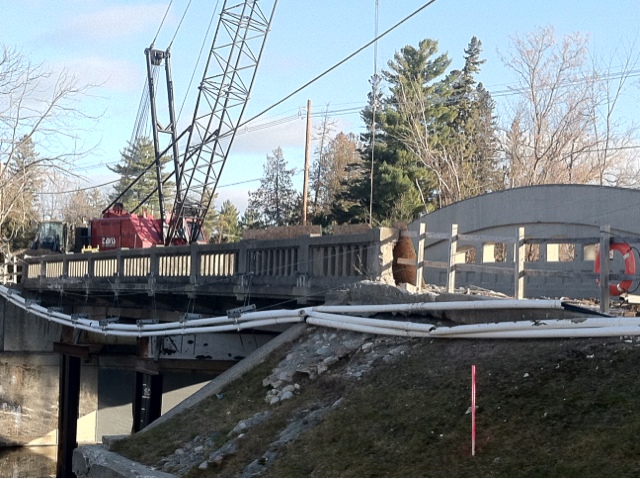 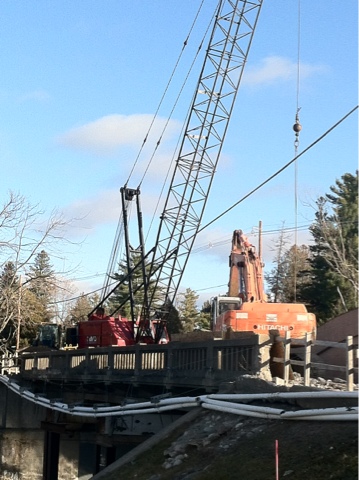 Posted by Billy Andrew at 10:12 PM No comments:

I have been absent from my blog for some time. More on that later.For now, good news.
billy

December 7, 2011
Fresh News from Nub's Nob
We're open this weekend! Our world class snowcrew hasn't missed a minute and we'll be open this weekend! 4 slopes will be open: Bigtime (beginner), Smooth Sailing and Sno Pro (intermediates) and Smokey (expert). We'll continue to make snow at every opportunity on the rest of the front slopes and will open more terrain as soon as possible.
The Green and Purple lifts will be running from 9 till 4:30 both Saturday and Sunday.
Lift ticket prices are at our special Early Season rate of $35 for adults, seniors and teens and $28 for children 9 to 12. As always, kids 8 and under ski free when accompanied by a skiing guardian.
The Cafeteria, General Store, Rental department, Tune and Demo Center, Ski School and Nub's Pub will all be open and looking forward to seeing you. Think Snow!The Crew at Nub's

Posted by Billy Andrew at 3:19 PM No comments:

A buck a duck - the number on your ticket will correspond to the number on a duck.
First duck to the end wins a basket of Indian River merchandise.
Immediately Following Duck Race - Ice Cream Social - Marina Park - FREE

Bring your homemade boat, made of nothing but  cardboard and duct tape, down to DeVoe Public Beach
and see how well it will float.   Winners for age categories, most creative and most in a boat.
7:30pm - Story Time with Johnathan Rand - DeVoe Beach
8:00pm – 11:00pm - Teen Dance - Marina Park
Sponsored by:

Enjoy live entertainment by Mike Ridley  - 21 and over only

Enjoy live music by The Blitz - 21 and over only

Enjoy live entertainment by Mike Ridley -   21 and over only

Music by Jelly Roll Blues Band - 21 and over only